Mysterious Eye: The Marvellous Machinery That Controls Your Sight

Regular visits to an optometrist are an important part of looking after your overall health. Not only will you be able to discover and treat common eyesight issues like short-sightedness, but your optometrist can also spot the early signs of diseases like diabetes, as several health problems cause visible symptoms in the eyes.

Not all diseases have such an obscure link to optometrist checks, however. There are a number of problems specific to the eyes that need to be discovered early, and one of these is glaucoma.

Strictly speaking, glaucoma is not one specific condition but, rather, a problem whereby the optic nerve is progressively damaged. Although there are various different causes, one of the most common is a build-up of pressure in the eye. This is often because a blockage is preventing the fluid draining away as it normally would.

Because the damage to the optic nerve will worsen as long as the condition is untreated, it can eventually lead to blindness, which is why it's so important to catch it early.

What are the symptoms?

Part of the difficulty with glaucoma lies in the fact that there are no noticeable symptoms for the patient in the early stages. This is why regular eye tests are essential, especially if you're at particular risk.

Having said that, some people do experience symptoms with the onset of glaucoma. If you have any pain in your eyes, loss or distortion of vision, or red or hazy eyes, you should seek medical attention urgently.

Who is at risk?

People of any age can get glaucoma, although it's far more likely in those over 40. It also has a tendency to run in families, so you have a higher chance of developing it if a parent, sibling or child has.

There are other factors that affect your chances of getting glaucoma to some extent, including ethnicity, existing medical conditions, and any regular medication you're taking. Your optometrist will be able to advise you fully if you're in an at-risk group.

The treatment varies depending on the precise nature and severity of the case in question but is commonly one of three things. The most simple treatment is administering eye drops to deal with the fluid, either decreasing its production or helping it to flow as normal. If this isn't suitable, lasers can be used to make the fluid flow freely; failing that, microsurgery is an effective treatment. 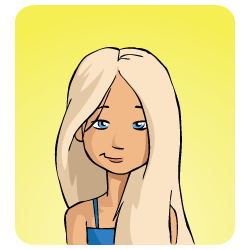 The famous writer Elizabeth Bowen said: "No object is mysterious. The mystery is in your eye." How marvellously true! The eyes are an amazing, intricate piece of machinery that we only appreciate once they stop working. Pages become blurry, objects in the distance become invisible and suddenly the importance of our eyes is highlighted. As a receptionist at an optometrist's office, I am astounded by the number of clients who only visit once they have developed serious problems. I am always reminding my family and friends to have annual checkups! I started this blog to outline the ways that optometrists help with preventative eye care as well as rectifying eyesight problems. Please read, and I hope that some of the advice resonates. After all, the mysteries of the world are so much more interesting when seen clearly!

Your vision, without a doubt, is critical for your …

Regular visits to an optometrist are an important …

Diabetic Retinopathy: The Impact Of Blood Sugar On Your Sight
28 October 2016

When you're diagnosed with type 2 diabetes, you're …

Cataracts: Your Guide to the Causes, Symptoms and Treatment
18 July 2016

If your vision is slowly deteriorating, you may be …

For seniors, the eyes are a part of the body that …